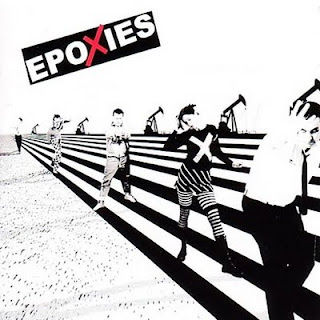 Wayne Wise They released a self-titled album and a second full-length release called Stop The Future. Singer Roxy Epoxy formed a new band called The Rebound and released Bandaids on Bullet Holes. I saw The Epoxies three times in about a year at the Rex Theater on the South Side and met the band. The shows were great.
See what Roxy's doing now at her website.
Posted by Wayne at 4:38 PM